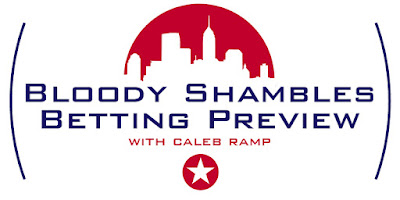 Format: Each betting line is assigned a star (★) rating. For the purposes of ROI calculation, each star corresponds to a single unit.


Jacksonville Armada vs. FC Edmonton Under 2.5 Goals (-108), ★★★): Few teams in any league have seen a single consistent betting strategy be as profitable as FC Edmonton and the under were in 2016. Led by Golden Glove winner Matt Van Oekel (now starting for Real Salt Lake of MLS), FCE saw an incredible 26 of 32 (81.25%) matches end with two goals or fewer. The percentage grew even higher (87.5%) when away from home. 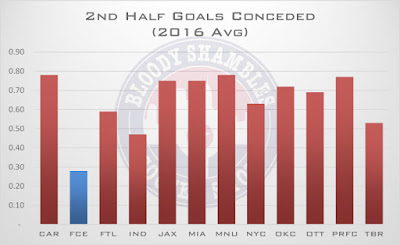 It's unrealistic to expect this level of defensive dominance (paired with relative offensive ineptitude) again in 2017, but Colin Miller loves a clean sheet. Chris Konopka is a very suitable replacement for Van Oekel at this level (and boasts a similarly-monstrous wingspan), while the central duo of Albert Watson and Pape Diakite will continue to be the bedrock of a team with playoff aspirations.

FC Edmonton Draw No Bet (-110, ★★★★): Shifting to the other side of the story, the Jacksonville Armada are beginning a campaign which many believe -- myself included -- will be a season-long struggle to escape the bottom of the table. Nothing will come easy for the league-owned team moving to a new stadium with a subpar roster (all while wearing sponsorless white t-shirts).

There's no reason to believe the Armada start the season with anything better than a point. FC Edmonton may not have enough to win outright, but I see very little risk in this play.

Miami FC Win/Draw Double Chance (-110, ★★★): Fading the Cosmos for a second week in a row (and this time in New York) is likely playing with fire, but I will continue to believe in the quality of Miami's roster -- several moments of precarious defensive play in their opener notwithstanding. 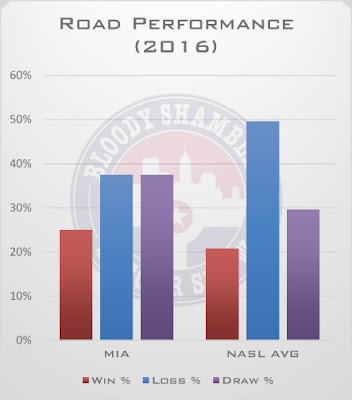 New York's home record is well known: Gio Savarese has his team riding the longest home unbeaten streak in NASL history. Even so, I have to love this value on a double chance line for a team I believe to have an MLS-caliber midfield, a team I (and many) believe to be the title favorites in 2017, and a team which has a very reliable track record on the road.

Indy Eleven vs Puerto Rico FC Draw (+345, ★): Obviously not the result I want in this one, but these picks must go where the value dictates.

This line is blatantly disrespectful to a Puerto Rico side which finished with the 5th-highest draw percentage on the road in 2016 (36.36%), despite being at an obvious disadvantage by starting play midseason. Adrian Whitbread's squad were also in the top-half of the league in road points earned per game (0.91), and won or drew 54.55% of their games away from home (6th in the NASL).

Indy's form at The Mike was otherworldly last season, and there's little reason to believe they'll fall off too drastically in 2017 (though matching perfection may be unrealistic) -- but nobody should be surprised if this match played out very similarly to the Eleven's home opener a year ago.

We're tracking these predictions in a points-based system throughout the season: 3 points for correct game result, 1 point for each correct score (by team), and 1 additional point for a perfect game.


Have any questions about any of the numbers or terminology found in this post? Reach out to @CalebRamp on Twitter.

Remember: All gambling and betting line discussion is for entertainment purposes only. If you do choose to gamble, be sure to do so legally and responsibly.